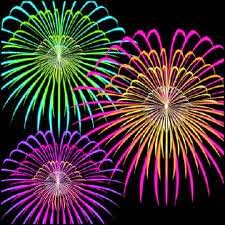 In the span of 18 months, my beloved readers have visited my blog 20,000 times! It's more than I had imagined, and I thank you all for reading and sharing.

Lately, the comments have been coming in bunches. I apologize for not replying to you all. Usually when I see them I'm in bed preparing for the next day of driving. Please keep them coming, because I love hearing how these posts affect you. Your shared stories of the road or experiences as a rider are great!

Most of all, I want to thank my wife, Lady Blue. She helps me avoid great blunders, and has always been supportive of my efforts as a driver and as the guy who writes about it.

Thanks again, folks. The Googlers are wondering why I still won't allow their ads on FTDS, but a promise is a promise. Even when the 100,000th hit is reached, the blog will remain... AD FREE.

Peace, and be well my friends.

A Battle Hymn for US All

(Deacon's Note: Please note my use of "operators of buses and light rail" does not intend to omit  service workers, mechanics, trainers, station agents, supervisors, dispatchers, spotters, and other dedicated co-workers. It's just expedient to do so. These brothers and sisters are all vital to our operations; and as such, will hopefully forgive me for including them under the "operator" label.)

So we have a contract. Amalgamated Transit Union 757's TriMet employees voted yes this past week by a majority of 82.7% to approve the contract terms, effective two years ago.

It has been a contentious battle. Retirees believe the terms give away what they were promised decades ago: health care provided in lieu of no raises in pay for active union employees. Nothing is truly "free". Like a coal miner who breathes toxic air his entire working life and dies penniless, a bus operator faces health crises and a fixed income with shaky financial security in retirement. An increasingly vocal public sector erroneously minimizes our skill level and health risks, simultaneously demanding we pay a "fair" share of our health insurance. It's this "class warfare" which endangers all workers, blue or white collared.

Our service is considered so vital to the local economy that our right to strike was legislated out of existence in 2007. Ridership in 2014 is up 10%*, with about 322,000 people riding MAX or bus daily. Imagine the scenario if we could strike: another 100,000+ vehicles on our roads creating hopeless gridlock, people without alternate transportation unable to get to work. However, without the right to strike, our bargaining position is tenuous. If we disagree with terms presented by the district and vote to reject, our fate lies in the hands of a state-appointed arbitrator. If our terms are deemed not in the best interests of the public or TriMet's financial stability, we are bound by the district's last "best offer". Fighting a battle with our collective fists bound behind us, negotiations are heavily weighted in favor of the district. 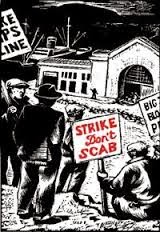 As an operator, it is easier to lose the job than it is to keep it. Standard operating procedures are often so ambiguous, they can often be a loose-fitting noose around our necks. With each misstep, it tightens. There is very little wiggle room. In a "fair" world, there would be counterbalances. We can be blamed for incidents that may not be our "fault", yet should have prevented because we're professionals. A growing portion of the general public, however, does not view us as such. We're actually trained to predict the future, based on constantly varying traffic. If a delivery truck smashes our driver-side mirror, we can be assessed a "Preventable Accident" (PA) if the bus is not completely within lane markers. Rack up five PA's within a two-year period and you're fired. Not many occupations are as stressful, yet we perform our jobs admirably, 365 days each year.

We're also expected to remain professional through situations in which we are pushed, spit upon, slapped, punched, stabbed, and verbally abused at gunpoint. Assaults on operators often don't even make (what passes for) the news these days. When one sister's attacker was brought before a judge last Christmas Eve, nobody from management was present. However, when a rider makes a complaint against an operator, it usually makes the news. Management will act very "concerned" and state it is "investigating the incident". The complaint review process can be insulting, especially given the fact people making these accusations purposefully omit accurate descriptions of what happened, let alone their own behavior. Another aspect of media coverage is the bruising lack of coverage regarding the countless good deeds operators commit each day. It's dirty laundry the corporate sector forces onto the airwaves and newsprint, and a hungry public gobbles it with greedy abandon.

It was highly insulting to read a recent comment posted by a local shidiot. This poster had the gall to state that transit operators are basically "low-skilled workers and their compensation should be commensurate with their skill set". This intellectual midget goes on to equate us with a "shuttle bus driver at the airport". He continues with "If you dont (sic) like your level of compensation than (sic) get a college degree or go into a skilled trade that compensates people at a higher rate based on what they command in the market. It really is a simple equation." When you consider a full bus or rail car transports a significant mass of people whose jobs make our economy tick, it is logical to assume our passengers are intrinsically more valuable to the local economy than one ignorant's luxury SUV.

The "simple equation" actually is the math describing the shrinking middle class. The blue collar worker was once an American hero. Largely consisting of the veterans who liberated Europe and stopped imperial Japan from controlling the Pacific theatre, the American middle class was celebrated. Unions were respected by workers who appreciated representatives negotiating with corporate powers. And the unions got the job done. Better working conditions, respectable wages and the hope of a decent retirement were the results of hard-fought battles unions waged for the benefit of millions. These millions produced the goods which American consumers purchased with their hard-earned money. The economy flourished until the greedy upper crust found a way to split the middle class and turn it against itself. Now, untold millions have been convinced it is somehow our own fault the middle class is shrinking toward extinction. Instead of fighting the corporate monster which created economic disaster, we've been tricked into fighting amongst ourselves. All the while, the puppet masters giggle gleefully at our self destruction and continue to stack the cards against us. Instead of fighting each other, we need to band together to fight the puppeteers. 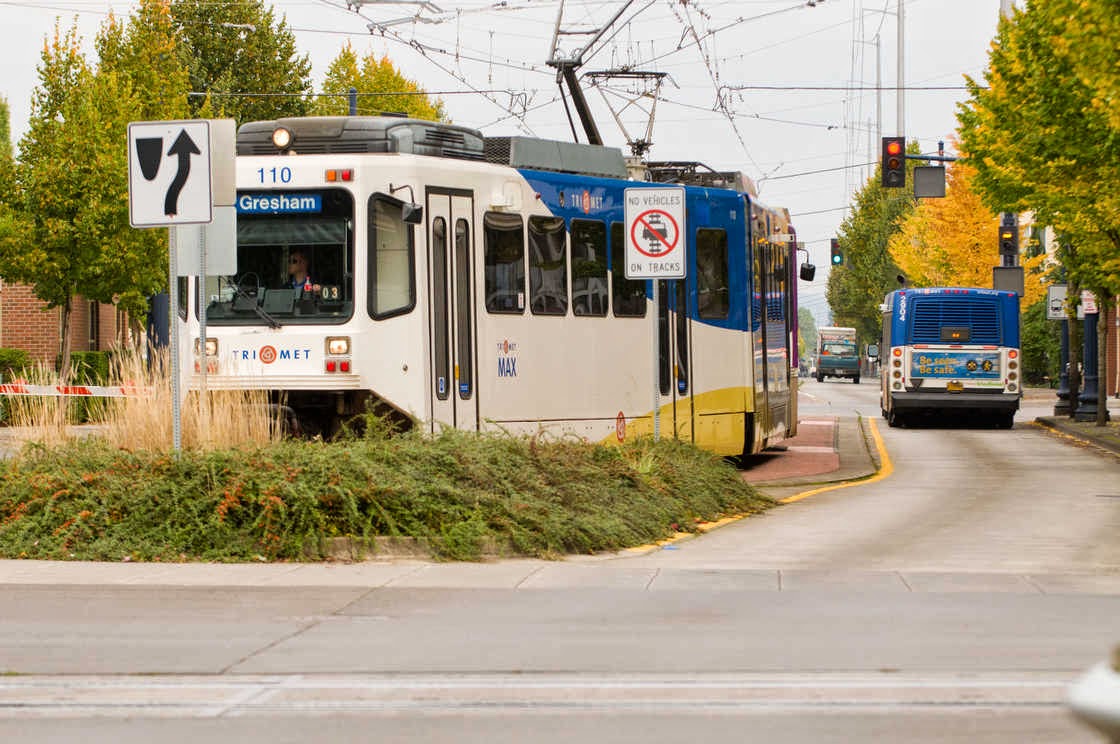 The minimum wage argument is a prime example. If allowed to increase with inflation, the current minimum wage would now be around $22 per hour. The fact it remains at a paltry $7.50 is staggering. The Great Recession saw a massive loss of middle-class jobs. Many who made respectable salaries six years ago now fight for whatever low-paying jobs they can find. Those who do obtain college degrees are mired in a lifetime of student loan debt, with little prospect of employment paying enough to survive and make the loan payments. Interest on these loans is ridiculously high. Chances are, recent graduates won't be able to work long enough to pay off their loans, let alone achieve a salary level commensurate with the effort it took to earn these expensive degrees. The minimum wage job is no longer the exclusive domain of Joe or Sally Teenager. It's now held by Charlie the former computer tech trying to hold three such jobs just to make the rent because his decent job went overseas to ensure his former employer's shareholders can afford an extra maid whom they pay... you guessed it, minimum wage.

There is a heated debate over raising the minimum wage. Small- to medium-sized companies complain they can't afford paying higher wages. They're already squeezed by payroll taxes, over-regulation and shrinking markets. If the wage had been raised on a regular basis, the economy would have absorbed and grown with it. Plus, consider there is no maximum wage. For every action, reason demands a counter reaction. Those criminals who caused the Great Recession were "bailed out" because they're evidently "too big to fail". Too big to fail, or too rich to jail?

Were we the people given equal treatment? No. Instead, we were blamed for a mess we didn't create, and were left to fight over whatever crumbs remained. The auto industry paid us back for their bailout; the banks have not. Corporate executives have seen their salaries and bonuses increase to the point they make 331% more than the average worker. It's time the entire middle class got a raise, not to mention securing the retirement income of those who paved the way for the rest of us.

A bus or light rail operator is highly-trained. He or she has passed rigorous and grueling courses that would flummox the common driver. Over the course of several years driving a 20-ton, 8.5-foot-wide, 11-foot-high, 40-foot-long vehicle, even more valuable training is acquired through experience. We get so road-savvy we can accurately guess a driver's reaction to any number of situations. Our passengers' safety is of utmost importance to us. If you consider the millions of people who enjoy safe journeys because of our hard-earned professionalism, our contribution to the local economy is invaluable.

Which leads us back to this local ATU 757 vs. TriMet battle. Could we have done better for our retirees? Unless we reverse the trend of legislating against our own best interests, retirement is equated with extreme poverty. The once sacred promise of security after a lifetime of dedication may soon be a thing of the past. Someone who is promised a secure retirement, should not have to fear poverty due to the breaking of said promises. 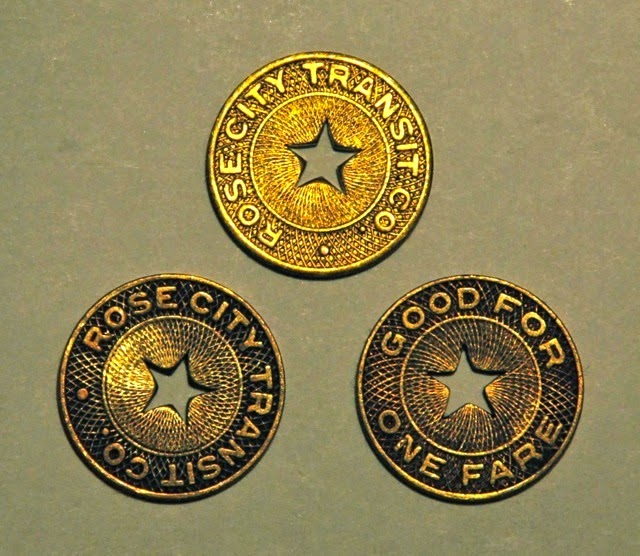 This contract was voted upon by a scant 57% of active union employees. This is a pathetic display of apathy. That 43% which didn't bother to cast a ballot is too complacent to fight for its own best interests, or for those who came before us. We owe our retirees the respect they earned as operators who worked under harsher conditions than we endure, using equipment not nearly as advanced as what we operate today. We also owe future hires a commitment to fight for their benefits as well, in the hope they will someday fight for ours. It is also imperative we require TriMet to fulfill its commitments, rather than allowing it to make excuses for its financial shenanigans.

Whatever your opinion about the contract, a bigger fight looms. It's not about Democrats vs. Republicans. Instead, it's American Workers fighting each other, rather than collectively working toward a better future for all of us. We make the collective economy's wheels roll. Unless we learn to work together, we're all doomed to a fate beneath these wheels.