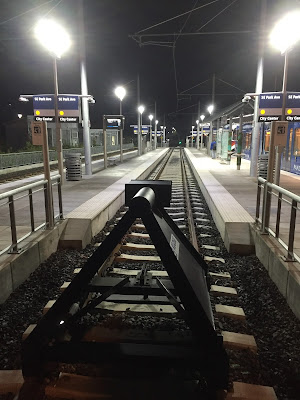 Sometimes, when my creative "well" is, well, a bit dry, I just sit at the keyboard. And type. So this is one of those times, and please bear with me.

Not that I have nothing to say, but if you've kept up with this blog you know I'm usually too damn wordy. But y'all support me as I ramble, and I appreciate it. We all know just one day in service shows us more than the average city dweller sees in a year. Although the media refuses to report it unless forced, we're portrayed as overpaid and grumpy civil servants who always want more than we deserve while we constantly save lives. We are actually underpaid, when you consider the quality service we provide to an inattentive and jaded public.

I recently had "recertification class", in which we sit  and watch the mistakes of fellow drivers and learn how to avoid repeating them. We watch film of accidents and discuss whether they were preventable from a driver's standpoint. The GM makes an appearance (on film, of course) and says what you'd expect him to say: "Safety is our Number One Concern!" and blah blah. As if his saying it makes this even more important than we already know. We practice it daily. It's ingrained into our senses. We're always watching for dangers, predicting behaviors, altering our speed or making slight alterations in our course to avoid accidents. People do stupid things around our buses so often we're used to it. Safety is second nature to us. But when it comes to OUR safety, drivers are nearly unanimous in our belief the district is more concerned with its image and bottom line than with our actually "being SAFE". We're on the front lines; management sits in the ivory tower making decisions it thinks are best for passengers first. We feel like a destitute fourth cousin at a filthy rich relative's wedding.

I know a driver who was verbally abused and threatened recently. He's around 60 and has concerns this person could physically assault him. One punch could kill literally kill him. Hell, just thinking about whether the guy is waiting for him at a stop could cause a heart attack. Yet he was asked to give the passenger a ride anyway, because he was on good behavior for the supervisors. To his credit, the driver refused. As captains of these ships, we should have the right to refuse service to anybody who threatens us because that person also is a danger to other passengers. Drivers who are distracted by obnoxious passengers are not fully in tune with what they need to be doing. It seemed this driver was being pressured to serve someone who is potentially dangerous, and that's also insulting. What about his safety? Isn't that as important to management as it is to us? 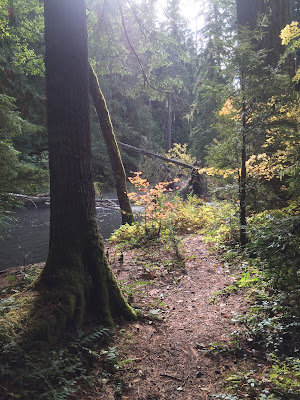 As for the class, it's interesting and sometimes sobering, but I always leave with a renewed sense of purpose: to keep it SAFE out there. Riders are largely unaware of what we do in the driver's seat. They have this misguided notion that all we do is "just drive a bus". True enough. Yet they haven't the tiniest notion, most of them, what it entails. Constant scanning around the bus and the stresses other vehicles, pedestrians and bicycles put on us take their toll. Stopping and starting several hundred times a day puts intense pressure on the feet, ankles, knees and hips. One eight hour shift (or more) can leave us Strained and Drained (SAD, as I like to call it). Although most folks give us a nice "Thank You" as they head out the door, I know they don't have an inkling of what it took physically and mentally to get them from Point A to B. Once in a while, such as during a recent Portland gully-washing storm, I get a pat on the back and a heartfelt "Thanks for driving, I truly appreciate what you do every day". The gratitude I feel when I hear this is indescribable. Unfortunately, it's also very rare.

On my recertification check ride, which is where a trainer has you drive while watching your operating behavior, I was very careful. I am every day, but we're always trying to impress the training staff with our professional techniques. Scanning constantly, watching the mirrors every 5-8 seconds, covering the brake at intersections, making good square turns and executing perfect service stops is something we do every day. All day. Yet after a few years of driving, even the best of us are prone to slide in some areas, or pick up bad habits. My trainer corrected a few of mine that I was unaware of, and I appreciated her input. It will all go into my "bag of tools" I use as I maneuver the behemoth bus down the road.

Once in a while, a driver will make a bonehead mistake. I certainly have, and I'm extremely hard on myself and work hard to avoid further occurrences. We're nowhere near perfect. Compared to other drivers though, we're damn close.

Be SAFE out there fellow ops, and for you riders, here's some advice: next time you're on the bus, unplug your headphones and put the phone away. Watch the operator and observe what they're doing in relation to their surroundings. What you see might just give you a greater appreciation for that person in the seat. 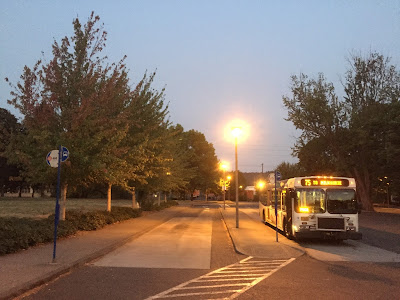