I've neglected you by not writing a post in a while. As everyone can be this time of year, I've been busy with other pursuits. Plus, the FaceBook debacle has drastically reduced either interest or readers' ability to locate the blog. Either way, readership is way down. It's hard to write when you don't think many people will read it.

There are a few post ideas rattling around inside me. The book has been through its first edit, and thanks to an operator brother's hard work, the second round is coming. Then I have to decide how to publish it. I don't really enjoy the business end of it. Then there's the pen name problem when it comes to marketing. I can't easily go around doing book signings in a dog costume.

Excuses, excuses... I know. I can't expect people to come to the blog just to read old news. Maybe I'll work on a new post this weekend. This post, however, will not be broadcast. If you see it, then you're actually paying attention to the blog, and not FaceBook. Patrick has provided me with a page linked to his account, since the FB gods have nixed my "alias" page.

Stay tuned. This ol' dawg ain't done yet.
- November 27, 2016 No comments:
Email ThisBlogThis!Share to TwitterShare to FacebookShare to Pinterest 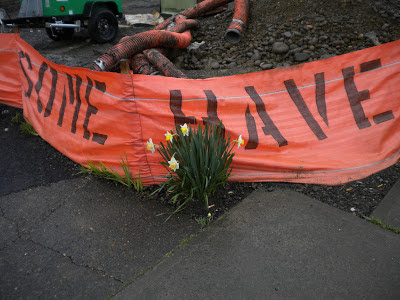 Presidential elections and new administrations have always excited this American history buff. Usually a heady time, one filled with promise of a new future and a changing of the guard that has endured over 240 years.

This is the first time in my conscious memory, however, it has created bile in my throat. Oh sure, I've watched presidents take the oath who I didn't vote for. It rankled a bit, having argued my favorite's case for months prior to Election Day only to watch the victor claim what coulda/shoulda/woulda been your candidate's to celebrate.

It's not just that the other guy won over my choice. But having read about those 44 before, I can't think of a single one who didn't have the chutzpah to do the job. Except (and I hate to say this because it will appear as pure partisanship to some of my friends), for the one entrusted with our next four years.

As a bus operator, we not only drive a bus. We hear life stories producers dream of writing into today's sordid mass of reality television. People who are living the lives our politicians say they understand, ride our bus to whatever chores their lives depend upon. It is a badge of honor to safely and competently guide a 20-ton behemoth through narrow city streets built long before vehicles had rubber shoes. People entrust us with their safety, and we endeavour to give them a ride wherever, for just a few bucks. They are sometimes rich, mostly hard-working poor, often homeless or hopeless, but they're my fellow Americans. My neighbors and friends. You drive a route long enough, you learn their names and if you're lucky, make some acquaintances with some of your life's most fascinating individuals. People who drive a bus, or risk their lives in your service as firemen and cops, those who answer telephones or stock store shelves or clean the downtown transit mall... we spend time together in ways politicians can only imagine. Each is unique, with good qualities and bad. We differ in ways each other cannot possibly always understand. Yet most of us guard our differences and silently judge each other based on what someone else decrees.

I do not hate anyone. People are people. Some good, others not. What I cannot fathom is how this great country has come to exploit hate and foster harm more often than focusing on what is right and good for all. To say another is less than you are because what they believe, feel or experience is an absence of humility. It elevates the judge to a status mere mortal man cannot possibly achieve. To see somebody's skin color as inferior to yours, or allow your personal disgust for another's lifestyle obscure your vision of that person's potential to add value to your life, is a personal crime against nature. We're human. Each of us has wonderful traits no others do, and we all have made mistakes. We're often our own worst judges, but when someone cannot bear the truth about themselves, it can often manifest outwardly in the most horrid of ways. 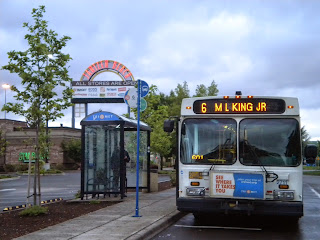 People who live in glass houses should not throw stones.


We've become a prison state. As Orwell predicted, our every move can be documented. Each point of the moral compass has become imbalanced with the illusion there is only one way to achieve goodness. You're either Party A or Party B, and only someone "in authority" can say which is the right one for decent people to support. The fallacy here lies within the fact that neither is right or wrong. Each choice has strengths and weaknesses. The challenge humanity faces today is how to reconcile our own faults while honoring the strength we see in others. The word compromise is an idea nearing extinction. We've been conditioned to believe only one side is right, therefore it is vital to abolish the other. What a horrid existence we've chosen for ourselves.

Call me a hippie, or a dreamer. I don't care. In my life, all I've learned is that you can give more than you receive and know peace. If you're the recipient of some harsh tragedy, isn't it imperative to correct the imbalance by doing something beneficial for another? To remain in some grey area wallowing in self pity is cowardice. To help another, even in the most minute of ways, is the elixir of a balanced and happy soul.

I guess what I'm trying to say is no matter how bitterly sharp this divide has wounded us, we still have the power to watch for, then capture, something good of it. And conversely, of each other. Whatever that may be.

One of my favorite movies, The Shawshank Redemption, has a profound line to remember. Andy Dufreme tells his friend Red, who worries about Andy's well-being at a crucial scene,

"I guess it comes down to a simple choice, really. Get busy livin', or get busy dyin'.


It is time to do just this. Peace be with you all.