My Angel Fights the Demon Within 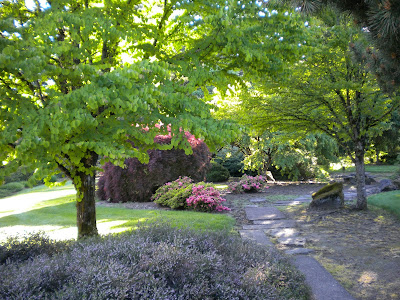 GET OFF THE BUS. EFFING PLEASE

When a bus operator is done with the last run, it's a blessed thing. We've managed to ferry nearly a thousand of our neighbors safely to their destinations, and the only thing left to do is to get the bus back to the barn so we can then drive/transit/bike or drag our butts home again. The LAST thing we need is for you to bombard us with questions, refuse to exit, or cause any other trouble. Our feet have depressed the brake pedal perhaps a thousand times (no exaggeration). We've dealt with countless issues that could have gone sour, negotiated the foolish shenanigans of impatient and inexperienced motorists, and heard conversations aplenty that would make even a sloth yawn in sympathy.

A couple times now, I've had a passenger with mental difficulties ride to the end of my shift and refuse to exit the bus. The first time, I patiently, then not-so-calmly, and finally explosively demanded she exit or be helped by the heel of my boot. Expletives were freely used in this command. It had been six months since my last vacation, and my patience was on its last razor. After answering each of her questions asked in an obvious stall tactic, my voice rose to a rarely-heard roar. The Rampant Lion would have envied that hearty command, laced with raging vulgarity.

After my outburst, I immediately regretted it. Not because I feared a reprimand for using base profanity, but rather because it didn't ring true to my being. We all tell ourselves we're not "cruel," but this time I trampled that line. She exited with a whimper, and my pride folded into a pocketed fist of shame. On the drive back to the garage, my behavior weighed heavily. As usual, I analyzed the issue from too many angles. Sure, it was easy to blame it on needing some time off, but that was too easy. Upon further self-analysis over many weeks of literary rest, I've realized it's due to Post Traumatic Stress Disorder (PTSD). Not just from this job (which has contributed many ingredients), but from my first marriage. 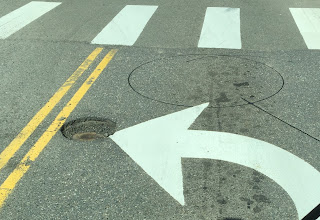 Young love found me mated with a lovely but flawed desert wildflower. Thought I could "rescue" her from the demons within, but they ended up consuming me. Love her though mightily I did, nothing could change what, or who, she fought. This abusive five-year relationship left me with nightmares that have endured for 35. Whenever I deal with somebody suffering from mental illness, it seems to violently snap a switch inside that I can otherwise avoid flipping. The enduring and searing pain from that young love comes out when somebody reminds me of what killed it. This provokes a visceral reaction that I simply cannot seem to control.

After 25 years of bliss with my incredible beloved, there are times when the past sneaks in to mess with me. It's usually very short-lived, because I now enjoy the security of someone in whom I trust fully with my tormented soul. She brings me back up with her sweet determination and gentle belief in the strength of our unity. When I get to a break after somebody has activated my detonator, she listens, soothes and reassures. In the span of a few minutes, I'm rendered whole again.

At the end of my run though, m'lady is in dreamville and I'm left to my own defenses. Part of me that night felt guilty, another was angry, still a remainder pondered what made me snap. It didn't take long to figure it out, but the solution remains just out of reach. Maybe someday I'll be able to deal with mentally-ill people with grace and kindness. It's going to take more work though, so I've decided to seek professional help. It's worked before. Now that I'm in the most stressful job I've ever had, it's time to reach up so someone can pull me up before I drown in this quagmire we know as the world of transit.

A blog reader once said I sounded like an angry person, and that's often true. It's likely due to the demons that still haunt me. It's evident that I need to deal with these feelings before I'm consumed by them. Still, I'm not always a grouchy old curmudgeon. My regulars know me to be ornery but hopefully also amusing. My microphone antics are playful and light, and usually I put forth a sunny face even when clouds affront me. There are times though, when the darkness takes over. Nobody can get through and the wall thickens as the day progresses. A few times, a trusty regular is able to shatter the barriers I've put up. Laughter is the best tool for this. When I feel this seemingly-impenetrable wall enclosing me, it's time to call my lady. Just the sound of her voice blasts the wall to shreds and makes me smile again.

In the end, love edges out the darkness. Without it, I'd be kicking people off my bus all day. They're lucky Mrs. Blue keeps me sane. 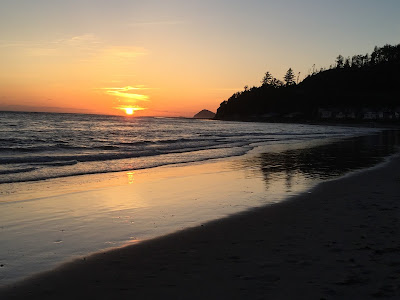 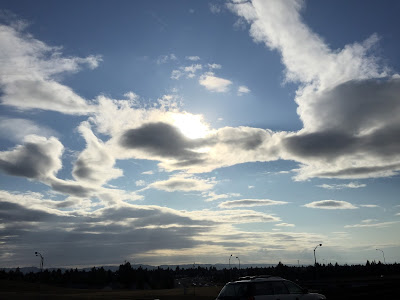 Guess I just couldn't stay away after all. It was well past a necessary break from creative bliss, no matter how much a habit it might be. I'm back, rested, revitalized, and ready to give it another go.

This blog has evolved with me through five years of my career as a bus operator. At first, I was eager to describe something new. As it progressed, the down side reared its ugly head and my first instinct was to describe everything I saw. The seamier side of transit dragged me down into despair many a time, but a stubborn Irish resilience brought me back up again. All I wanted to do was document what it's like to be US. It's become evident that this part of the mission has been accomplished.

The past four weeks have been spent in various states of relaxation and introspection. When you write, creative exhaustion can wreak havoc on the psyche. Mine came crashing down all at once, as I'm sure you noticed. Describing this all fits into the FTDS scheme. Since I'm a "writer who drives a bus for a living," it's imperative that you read what happens on both sides of the yellow line. It seems I just needed to put the writing aside for a few weeks, live in the moment and forget the impulses that have followed me throughout this carnival ride. It was tough. I wanted to write to you so badly I had to force myself to ignore this keyboard. After all, I wrote early and so often this blogger refused to "write just to write." I wanted to have something new to say instead of pounding these keys with repetitive mind bubbles.

When you've driven a bus for five years, you're just leaving rookie status and heading into veteran territory. Of course, to many who have decades of service, I'm still "just a kid." Yet, it's a much different world out there as I roll into the hind end of my first decade. Part of my recent literary psychosis is nothing seems new any more. Very little surprises me. Innovative post ideas have been elusive. Perhaps I was just trying too hard, because as I drove during my hiatus, plenty of gems came to mind. It took a strong dose of humility to quash them. I wanted a new direction, not the boring and predictable.

Sometimes, a rest itself is enough to help the ideas flow again. In two weeks, Deke turns five years old. I've started my second book, a step toward fiction that began 20 years ago and came about last year as I tooled along the Tillikum Bridge one fine summer's day. Now that I've accepted that JUST DRIVE remains a slight blip on the literary radar, new directions are beckoning. Leaving this blog behind isn't gonna happen. It wouldn't be very nice to leave you hanging like when the network cancelled "Northern Exposure" without a finale. FTDS is just too much fun. So you're stuck with me... as long as you keep reading. 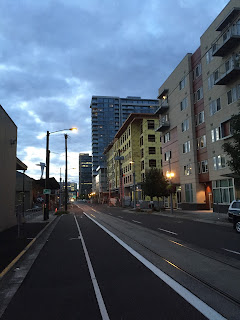 It's funny, but I've become entranced by a TV show called "Sons of Anarchy." The writing is good, and it keeps drawing me in. Not violent by nature, I tend to shy away from such stories. Branching out from what makes me feel comfortable tends to shred inhibitions and help me find new avenues of creativity. Watching TV is something I've avoided the past decade because of the inherent violence embraced by American society. Hurting or destroying others has always turned me off; I prefer to celebrate the positive in our collective soul. Isolation doesn't always inspire innovation. Sometimes you just gotta ride, baby. The way SAMCRO deals with constant catastrophe reminds me of my own life. Each time I step up the ladder, some asshole tends to kick me down again. Still, I tend to stand back up, say "FUCK YOU," and start climbing again. It's just stubbornness, I reckon. That's what I need to tap into again, to keep this blog relevant.

So here I come again. Hopefully, I'll regain some of the creativity that spawned "Twitterpated" and other gems. For now, I'll refrain from picking on management (too often) because that dog can't be trained no matter how many times its follies roll over. Our union officers are up for election this year, and I won't pick sides. Sorry, but I was trained on journalism. Those running for office are welcome to tell me their platforms, and maybe I'll interview a few. My choices will remain private and I won't get in the middle of a political firestorm. This ol' dawg tends to like several of those running for office, and making up my own mind is going to be one helluva challenge. The important thing is that this election should be about issues, not personalities. What can you do to help us all? Mudslinging won't get you my vote... positive ambition is preferable.

Hopefully, by this fall, I'm going to have an interesting series of posts dealing with the mechanical side of operations. We're a dysfunctional family, but we need to understand each other better. There are many questions I have for our brothers and sisters who keep our rides humming. With any luck, I'll be able to make it fun and interesting while learning a few things along the way.

OK, so now I'm wandering. Jameson's tends to have that effect on me. Most importantly, I'm back. Thanks for being patient with my self-indulgent wandering as I pondered the future. Now watch out. Deke has some new boots to test management's ludicrous policies, and it's time to do some kickin'. Stay tuned... 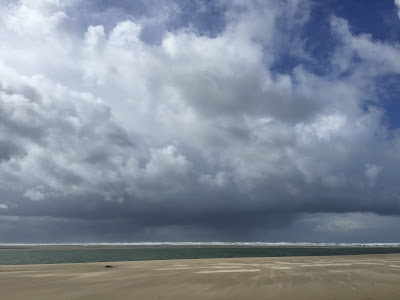