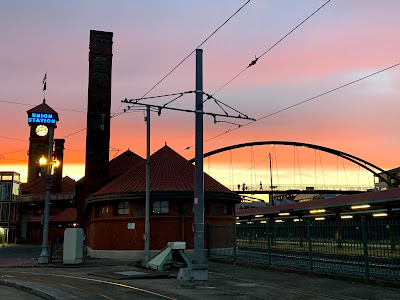 Patrick's Note: It has been nearly a week since Deke N. Blue passed from his bloggery life. It has taken that long to come to terms with the end of an era. Not one of major importance, given the grievous times in which we endure. However, it is nevertheless with great sadness I announce the death of my artistic twin. 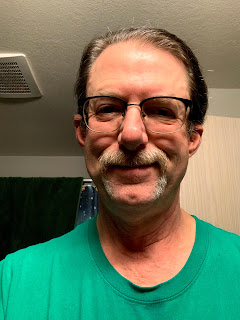 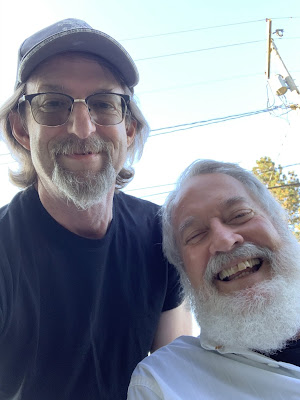 My Operator Buddy Was Shot Yesterday...

Deke & Dale... two feathers of the same bird, 10/05/20. Deke's Note: The past several months, I have struggled with the agony of Post Traumatic Stress Disorder. I don't know where it began. Yet it has built such a time bomb within me I agonize over its detonation every day I awaken with the prospect of venturing "out there" in my 20-ton mega roll. Yesterday, the reality of my daily malaise crowded  my normally-chill roll into a relaxed "Friday" on the serene Line 35. Rolling past the horribly-silent Oregon Public Broadcasting, the media outlet I hoped would trumpet our collective fears, I mentally composed this post, the  story of every transit operator's worst nightmare. Dale, we don't know each other as much as I'd like to. But you showed up to my 60th birthday party last fall. Fully-masked and good-humoredly bullied for your entirely-white beard but still fully-engaged in the moment your brother Deke was celebrating. I was truly touched to 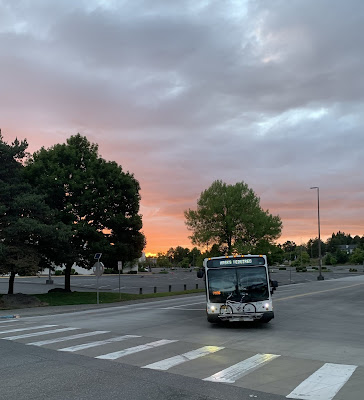 Thank you very much for reading. 650 posts. Over a million words read in over 20 nations worldwide. A book. New friends and possibilities. It all began as a simple writing exercise. It became a habit I’m apparently unable to leave behind.  Habits can be suffocating. I’m hoping this blog can adapt in style and energy, but lately the writing is stale. Posts often sound repetitive. I have tried to stop writing here before only to have another topic pop up as I drive my bus. Still, I am buoyed by your comments of support. Mostly, I write to give YOU a voice, the countless thousands who do this job with little appreciation through thousands of dedicated hours in the seat every day.   Whenever I contemplate ending this blog, too many issues cancel the decision. There are still many roadblocks to overcome. My solution is limiting future posts to issues upon which I cannot honorably ignore. To produce consecutive series on Maintenance, Dispatch, Road Supes and Rail still resonate, if my fellow 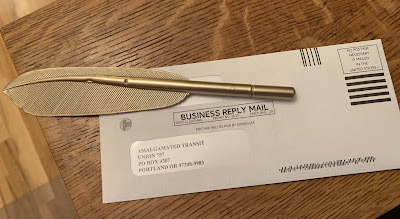 Deke's Note: PLEASE   VOTE! I do so almost every time. Whether it be a local, state, national or union election. Sometimes it's a slam dunk. I know who, what, and how I'll vote long before the ballot arrives. THIS election has been different. First, my apology. I promised to continue a tradition where I would pose questions to our local union candidates and post their responses here. For several reasons, I failed to do so this year. I'm sorry if I let you down. I won't discuss why it happened so this time, but I regret not following through on my promise. Next, it has been a long-standing policy of mine to keep my political votes private. Especially in a union in which several candidates are friends of mine, who I love and respect on many levels. Each has dedicated much of their time (and money) to improve our lives as transit workers. We ARE a family; sometimes a dysfunctional one prone to argument and intense division. I detest negative campaigning; it disgusts me