New GM An Edsel or Maserati? 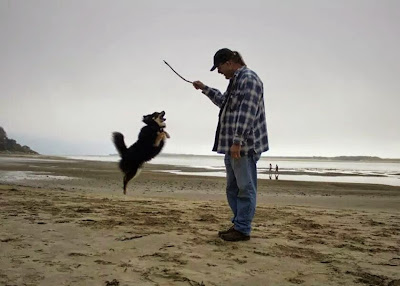 Deke's Note: As we enter the final third of a human's expected life span, lessons learned reach tempest levels. I'm frustrated with management's third-grade mindset of "leadership". They pretend to know better, but we're most wise. We do the hard work of transit, they take credit for our efforts. At some point, the puppets must replace the puppeteers, or else we must burn. This is my final take on the future of Portland transit in its "search" for leadership. It's here. Within me. My final career is either a simple bus operator, or General Manager. I will not accept anything in between. Until there is a radical shift in direction, I cannot, will not, aspire any further. Get too close to a flame, and your very soul is only soot. With realistic expectations, I give you all that remains after yet another 10-hour shift behind the wheel of a city bus. My Friday leaves me physically and emotionally spent, like thousands of others who do the same across this beautiful blue marble floating within infinity. My love and respect for you is boundless, and I'm proud to be your brother.

In this post, I will summarize how I believe a transit General Manager should act, and add a few points. Still undecided whether I should apply for the position, I am capable of creating a positive work environment. Why? Because I actually do respect my fellow Operations brother and sisters.

Those hired as GM in the past had all the "requisite qualifications". They failed miserably. This grew into an unhealthy distrust between management and the backbone of transit. There is also confusion by the riding public as to the standards by which they are expected to behave as passengers. Should they listen to the operator, or whine to Customer Service when they don't get their way? The current midset is to encourage the latter and discourage the former.

Instead of hiring another corporate bobblehead to lead a blue-collar workforce, consider bringing one of US in to mend the growing chasm of disrespect. The path ahead for transit must not, likely will not, resemble anything like the past. The pandemic has changed everything. Transit must evolve to responsibly grow ridership while protecting its front line. Both these arrows have wildly missed the bullseye the past decade.

Given the constant abuse of union workers, and mistaken priorities which shifted control of the agency to those who make the most trouble within it, the time has come for a drastic change of direction. 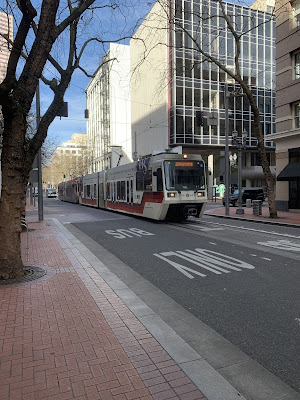 Here are a series of issues which need immediate resolution to begin healing the massive rift between US and the "leadership" of this transit agency. 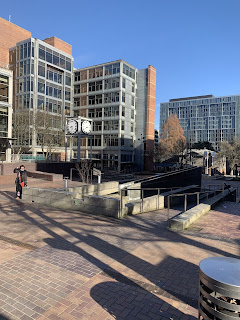 Like Forrest Gump said when he grew weary of running, I'm tired. Exhausted. Having to constantly highlight the obvious failures of "leaders" taxes the simplest of minds. I would rather follow my brother blogger's (read Don Iler) example by writing about our interesting routes. However, I cannot allow our collective abuse to go unreported. To remain quiet would go against everything I believe.

The question has been put to me, snickered about by others, whether my "lack of experience" disqualifies me from becoming GM. No management experience, nor that of budgetary/fiscal/regulatory psychobabble. Abraham Lincoln had little formal schooling, yet rose to become perhaps the most effective leader of our country when it needed one most. While I could never boast equal greatness, I do believe dire circumstances require shredding the edicts of failure and adopting a radical approach. My singular strength is the ability to communicate on equal footing with people of all levels, and to respect those with whom I disagree. Great ideas come from the unexpected direction. My aspiration to the top post is singular: I desire to restore the eloquence Portland transit once commanded: simply listening, debating, and forging new agreements toward a common goal of respectful progress where it has not existed of late.

Ayup, I have slaved away as a blue-collar chimp these past 40 years. My only college education is some 100-plus credit hours sans a degree. I have earned a PhD in Blue Collar Reality. I only desire to do right by my fellows, to work together with those of diverse backgrounds to improve our lot. These past four decades have taught me one thing: either bend over or STAND and FIGHT. My backside hurts enough already, so it's time to BATTLE. For you and me, for those who labored before us, and for those who follow, do not settle for what others would discard. You all deserve the best leadership into our future fraught with the unknown, built upon a solid foundation from which we RISE.

We deserve a true partnership with management and its bobblehead board, rather than a dictatorship with rudderless oversight. It is honorable to work collectively toward progress. Righting a capsized ship requires many hands working in harmony. Eventually, these thousands of hands raise everyone up through mutual respect. Mouthing faux compliments whilst murmuring diabolically-nonsensical sidebars must be forever abolished. A true leader recognizes the strengths of those who toil in the trenches, and works tirelessly to champion their efforts. As GM, I would work tirelessly to uplift rather than allow any slight taint those who toil in service to our service area. Such devotion promotes those who have the vision necessary to not only fix a problem, but find solutions necessary to avoid repeat disasters. We deserve such leadership after an intolerable lack of such.

The Board promoted a former operator as the Interim GM while it "searches" for a suitably-qualified successor. We are hopeful. Undoubtedly, they will repeat former gaffes and plop another Corporata bobblehead into the top spot. Unless they surprise everybody by hiring a radically-different model, we will be subjected to another Edsel. I prefer the Maserati. 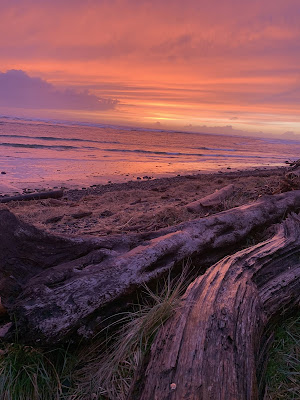 - March 14, 2021
Email ThisBlogThis!Share to TwitterShare to FacebookShare to Pinterest